My chinese brother in law gave as one of the yellow labrador puppies they have at home. If I’m not mistaken, they have seven or eight lab puppies. They named the other seven after Snow White’s seven dwarves and the youngest one Doc. He gave us Doc as a gift. My sister, my parents and I were so delighted. We never had a pure bred labrador before and we thought it would be a challenge but fun raising Doc.

On his first day in our flat, he was very quite and tamed. I watch him while he was laying down on a piece of rag in the corner near our bed. My parents and my sister went for grocery shopping for 2 hours. Doc and I took a nap while waiting for the goodies to arrive. After getting a bit of a shut-eye, they finally made it to home. My mom opened the bag of sweets and we munched on it while Doc is asleep. He woke up when I lost a grip on the spoon and tumbled near his spot. His eyes dawdling, yawning and eventually he got up and walked beside my chair. My mom was sitting beside me holding a piece of Gardenia Bread. At her surprise Doc took a bite on the bread and he did not stop munching on it until finally my mom let it go. “Thank goodness Doc wanted something.” She was so excited to give Doc another piece of bread and swiftly she was bleeding after a snap. She was bit. I can’t explain how my mom looked like that moment. She looks like she’s getting so hot under the collar. The grim, the glare, she’s loosing it. Waterworks turned on, she whimpered, howled for hours. She was so flustered with the incident. My dad, my sister and I did not know how to comfort her. She blamed everyone, she was fuming at the site of Doc. She wanted him gone but a part of her can’t really do what her infuriated state tell her. When she stopped sobbing, we rushed her to the hospital for anti-rabies immunization. Slowly, she felt a lot better, safer. When we got home we found Doc sitting in the corner gloomy eyes dawdling. Apologetic eyes. I felt bad for him that moment.

We woke up on a nice sunny Sunday morning. My mom cooking, my dad sitting on the couch, my sister still snuffling. I saw Doc an the same piece of rag yawning, stretching his little stiff legs. I came to him and gave him a big hug. I carried and gave him to my mom. My mom smiled and gave Doc a big, warm hug. They’re back to being friends again. My dad, and I were so delighted. They went back to the province with Doc. My mom would tell me stories about how fun to be with Doc. His clumsiness, his sweetness, his cuteness, how my dad trained him to catch a ball, how he recoiled from taking baths, how thundering his bark was. I was getting so thrilled to seeing him again after a few months of us being apart. Until the day has come, I had to go home to devote myself to studying for Canadian boards. I was so enlivened to see Doc and my parents again. After six hours of travel, I finally had a glimpse of Doc.

We became the best of friends. I did walk and play with him every morning and I did serve him food three times a day. We had lots of fun together. He would sit beside me while I’m studying and he would be my charmer when I’m stupefied. He was such a sweet yellow labrador. My best buddy.

I did not want to say goodbye but I had to. I had to leave to further my studies in North America. Parting time is always the hardest part. I only had memories but I have all the memories, the better attitude alright. So I braved stepping on a foreign land and survived. My mom would tell me stories about their daily life in the province and just like before the highlights of the story would be Doc. He was growing fast, he’s getting stronger, he’s getting heavier. My dad can’t carry him anymore and my mom would have to drag him for a bath. I was so untroubled hearing nice stories from my mother until one day she signified a sad truth. “My dear, Doc is gone.” I answered back, “What do you mean gone mom?” He’s gone, dead, departed, deceased.” After hearing all those synonymous utterance, stillness, quietude of that very moment filled my room, my being, my head. My heart, my body was shaking. My mom was crying. Tears fell down my cheeks, cried my eyes out. I’m severely broken. My heart stopped for a bit. “My Doc is gone, my Doc is gone.” After an hour of shedding tears, I finally had the courage to ask my mom how did it happen.

“Internal bleeding my dear child. He broke his concrete bowl one time and I had to replace it with something. Though before things happened, your dad and I noticed distinct changes in his usual habits. The playful Doc suddenly began to spend most of his time sleeping. He suffered from depression a month after you left. We only had the plastic bowl that time and I did not think he would munch on it that night I replaced his concrete bowl. The next day, he came to me moaning, crying in pain. I saw blood dripping from his bottom. I rushed to check the bowl and it was all ripped off. I am sorry my dear, it was all my fault.”

I almost can’t breathe when I heard the story. I can’t held my mom responsible for it. I love her and I knew she loved him as much as I do. I know it has been a tough time for Doc after I left. My parents were always busy and they can hardly find a quiet time and play with Doc. It was an accident, a twist of fate. I wept for weeks, my heart was broken. I cried some nights.

It has been more 4 years and I can’t seem to forget. Doc was my best friend. He helped me achieve my dreams. He was amazing. Every time I remember, I can feel him suffering and it hurts. I know Doc is in a better place now. I know he wanted me to move on and so I did. Neil and I are planning to adopt a new one and share the love I had for him. I will always remember Doc in my dreams. I know we’ll meet again somewhere over the rainbow bridge. 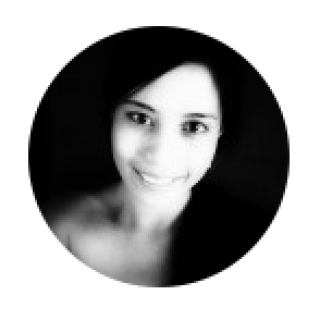